Get Instant Access
Home » Blog » Hemp Education » CBD for Children: Will This Bring Child Protective Services to My Door?

CBD for Children: Will This Bring Child Protective Services to My Door? 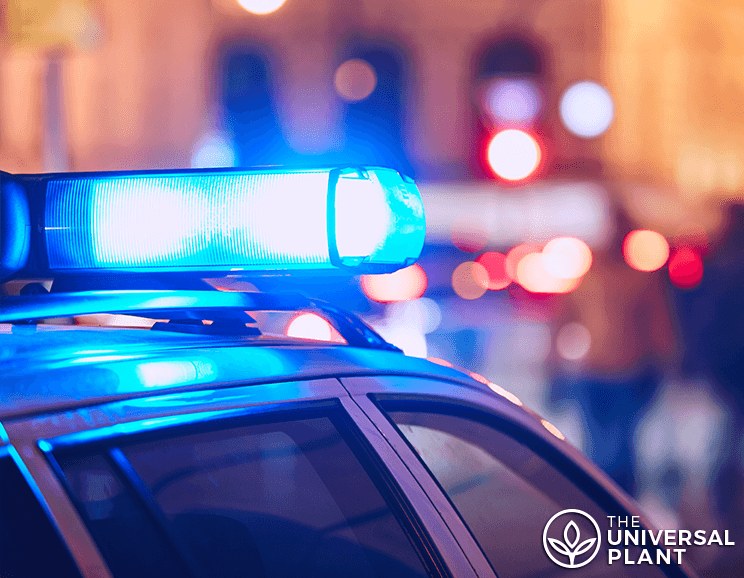 CBD has so many beneficial uses for people; the dozens upon dozens of scientific studies and first-hand accounts speak for themselves. This is why some parents want to administer CBD to their children, especially if their young ones are experiencing some form of ailment. What exactly does the law say regarding CBD for children? Will a social worker come knocking on your door if word gets out that you’re treating a child’s illness with CBD?

This post will discuss the legality of cannabidiol products for minors and the adults that buy and possess them. For information on the medical applicability, see our post on CBD for kids.

Is CBD for Children Legal?

When it comes to cannabis, there is hardly ever a uniform answer. As is often the case, the answer falls in a gray area, which means we can’t provide a straight-up “yes” or “no.” We have already mentioned this in previous posts, but it bears repeating: Refer to state laws to determine if CBD oil is safe to purchase and use.

See the National Conference of State Legislatures for a state-by-state breakdown of marijuana laws. The page was compiled on November 2018, so it’s one of the most up to date as of the time of this post. The laws governing state marijuana laws also apply to children.

CBD Use by Children Has Landed Parents in Legal Limbo

Unfortunately, there are real-life horror stories of child protective services showing up unexpectedly after parents give their child a CBD product. We present these stories not to scare you, but to show you why it’s important to follow the marijuana laws in the state of your residence. There have been cases of parents believing they were within legal bounds only to discover the hard way they are violating state law.

Please keep in mind that the two stories we present below are not typical and represent some of the more extreme cases. The vast majority of parents who responsibly administer CBD to their children have never faced such situations.

Aliana Selva is a 6-year-old California native with severe epilepsy. Her parents Jo and Maria administered her the anticonvulsant drug Keppra on the advice of a doctor. The drug, unfortunately, altered her mood, causing her to go from shy and sweet to aggressive and irritable. The parents eventually switched to CBD as they were desperate for a more side-effect-free alternative. Jo relayed the news to a school administrator when she was called after Aliana had a convulsion in class. Several days later, The Selvas received a phone call from Child Protective Services (CPS).

Long story short, Aliana was taken away by police. The parents were charged with “severe medical neglect.” Eventually, Aliana was returned to her parents after the case was dismissed by Juvenile Dependency Court.

The parents of 18-year-old Kara Zartler were brought to court after revelations they used cannabis to treat their daughter’s autism. This case is especially interesting because Kara is legally an adult. However, due to her medical issues, her parents are still considered her legal guardians.

The Zartler family is from Texas, which allows low-THC cannabis for medical use. Autism, however, isn’t one of the approved conditions under the state’s medical marijuana program. Fortunately, for the family, the court ruled that the Zartlers cannabis treatment for their daughter is in itself insufficient for disqualifying guardianship. They were permitted to continue use of cannabis for treating Kara.

Before administering CBD to a child, we recommend checking out the child custody section from Americans for Safe Access (ASA). It contains detailed information about how to minimize the possibility of a Child Protective Service agent knocking on your door.

To summarize, ASA outlines these steps for parents:

All of the above also applies if you or another adult is the user and not your child. There are also instances of CPS getting involved because the parents themselves were users. This brings us to our next section.

Advice for Cannabis Users with Children

So far, we discussed the potential legal ramifications for parents who give their children CBD. However, what if it’s the parents who are using cannabis? Unfortunately, due to the stigma of marijuana, parents have lost custody simply because one or both parents were users. This is especially the case in states that have yet to adopt some form of marijuana program. This is also becoming increasingly common in divorce court where one parent will cite the other’s cannabis use as reason for getting primary custody of the children.

You should be in the clear if you are using the cannabis in accordance with state law. In other words, the courts shouldn’t hold it against you. Nevertheless, we suggest following the same safety tips above. In addition:

What to Do if CPS Shows Up at Your Door?

In the unlikely event a CPS agent contacts you for a welfare check, we advise cooperating fully. At the same time, know your rights. You may need to speak with an attorney knowledgeable in your state’s marijuana laws. If the agent removes your child from your home, you have two days to file a petition. You will be expected to give a statement, and the CPS worker will give his/her own statement explaining the reasoning for deciding to remove your child. The judge will decide whether your child can remain with you until the next court date.

Here’s another CPS story involving the David family. The father Jason was giving his son Jayden CBD for treating Dravet Syndrome, a form of epilepsy. He shared his son’s progress with local reporters, one of whom notified authorities, prompting a visit from CPS. Jayden, however, was never taken from his home after Jason was able to show all proof of documentation regarding his son’s illness and treatment. What’s ironic is prior to taking CBD, young Jayden was hospitalized 45 times and on over 20 pharmaceutical drugs. Yet, none of this ever prompted a CPS visit.

Anyways, the takeaway lesson here is to maintain all paper records of your child’s medical diagnosis and all invoices and prescriptions for CBD. This applies regardless of state of residency.

We must also point out that cannabis use alone often isn’t enough for a CPS agent to remove a child from a home. This is especially true for states that permit recreational marijuana use. Some parents fear that a CPS worker’s own individual bias may come into play during a welfare check. Many of them, after all, may not have a knowledgeable understanding of cannabis and only recognize the plant’s federal classification as a controlled substance.

There are, however, judicial processes that limit CPS’ authority.

Armand Montiel, a representative for the Los Angeles County Department of Children and Family Services, made this statement to put parents’ mind at ease:

“If all you have is the subjectivity of the social worker, the child will not remain outside the home. We’re very careful.”

Of course, some defense attorneys and parents who had personal run-ins with CPS may disagree with this assessment. This is all the more reason to educate yourself on state law. California, for example, has Proposition 64, which permits adult recreational use. This provides a legal buffer and should protect parents as long as there is no other questionable activity taking place in the household.

The reason we mention all of this isn’t to be all doom and gloom. After all, we are cannabis advocates. Remember, instances involving Child Protective Services over cannabis use and CBD for children are the exception and never the norm. 99 percent of parents who possess CBD products will never be confronted with such situations. However, we do want to put the information out there so you can minimize risks of a welfare check occurring at all. Should one do occur, you’ll know how to increase odds of a favorable outcome.