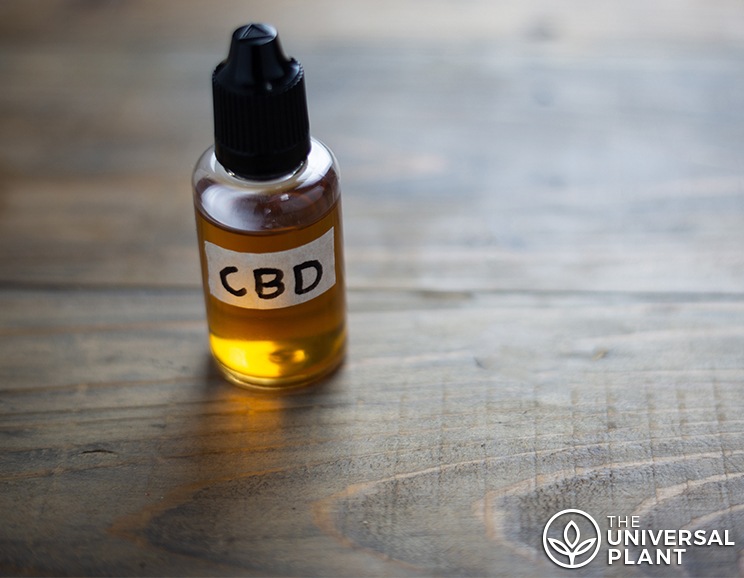 There are hundreds of known cannabinoids in a cannabis plant; some estimates place the number around 400. The most well documented are cannabidiol (CBD) and tetrahydrocannabidiol (THC). Anyone seriously considering cannabis use should know the difference between CBD and THC. Even some long-term users don’t know the difference or only have a rudimentary understanding. If you fall into either of these categories, then you arrived to the right place. This CBD versus THC primer explains everything in a layman-friendly manner.

CBD Versus THC: The General Understanding

If you ask most cannabis users what the difference is between CBD and THC, you’ll likely get a response like the following: THC gets you high and CBD does not.

This response is accurate, but very generalized. The difference goes far deeper once you examine these phytocannabinoids at the molecular level. Studies reveal that the two have overlapping benefits as well as different side effects. The legality regarding the CBD and THC also differ depending on state of residence.

Let’s examine the two separately before circling back and comparing the two back-to-back.

CBD is the non-psychoactive compound available primarily in hemp. See our section on “What Is Hemp?” for a detailed explanation. Most CBD oils are derived from industrial hemp, which consists of the fibrous portions of the cannabis species: cannabis sativa. Industrial hemp is often the go-to source for CBD oils and tinctures since it contains high CBD concentrations and little THC. Various dispensaries have committed to various crossbreeding cultivations to produce a hemp yield with just the right CBD to THC ratio.

CBD has various science-backed benefits. Let’s have a look at some of the medicinal properties.

Aside from the countless studies and clinical trials, there are also dozens upon dozens of anecdotal evidences from users across the world. This also includes various reports from parents who treated their children and even pet owners that treated their canine with CBD.

CBD Effects on the Cannabinoid System

As you will later see, this manner of influence on the ECS system differs from how THC interacts with the CB receptors.

This is where readers have to perform some supplemental research of their own. When it comes to hemp-derived CBD, the products are legal to buy, sell and use in all 50 states. The keyword here, though, is “hemp-derived.” As we mentioned earlier, hemp is the fibrous portion of the plant with minute to no traces of THC. Hemp oil and hemp-derived CBD oil have been legal in all states since 2014, thanks to the passage of the Farm Bill. The bill defines industrial hemp and legal CBD differently from the Drug Enforcement Association’s definition. Long story short, if you’re a user, you can use hemp CBD in any form, including consumption via edibles, vaping, etc.

We can’t tell you the precise legality of marijuana-based CBD because it depends on your state of residency. In some states, marijuana-derived CBD remains outlawed. In others, it’s permitted for medicinal use with a doctor’s prescription, while others allow recreational use. Even in states where medical use is permitted, prescription may be limited to certain diagnoses, and this differs by region.

See Americans for Safe Access for a breakdown of CBD laws by individual state.

As most of you may know, this cannabinoid is responsible for the high and creating altered states of consciousness, hence why it’s favored among recreational 420-friendly folks.

THC is found in far greater concentrations in the female cannabis plant. The hemp plant, just so you know, is the male. While the word “marijuana” is used as a general term for cannabis by non-users, users and industry insiders use the term to specifically describe the female plant.

Cannabis plants, by the way, can also be hermaphrodite and have both male and female organs!

THC concentrations specifically come from the flowers and their buds, which are known as “colas.” The THC is contained within the colas’ trichomes, which appear as crystal-like splotches.

Some of the benefits of THC overlap those of CBD. Let’s look at some of these medicinal qualities.

THC Effects on the Endocannabinoid System

Unlike CBD, THC has a more direct effect on the ECS. THC mimics the behavior of the body’s natural endocannabinoids and binds mainly with the CB1 receptors located primarily in the brain. To be more precise, THC acts as a presynaptic cell. Instead of traveling via synapse from a neuron to a receptor site like a regular neurotransmitter, it travels in the reverse direction and binds to cannabinoid receptors.

By binding to CB receptors, it may delay the release of neurotransmitters that control our mood and states of mind. This accounts for the psychoactive high. THC occupying the CB receptors also limits the ability of natural endocannabinoids to do the same. While this results in various benefits like the ones described earlier, it can also have a host of side effects, especially among first-time users.

The delayed release of neurotransmitters may translate to slower reaction time to external stimuli. It may, for instance, slow your reaction time when driving, playing a sport or taking a test.

Any cannabis product containing over 0.3 percent THC is considered a controlled substance and is illegal under the Controlled Substances Act. THC is treated as a controlled substance, much like heroin and cocaine. It is classified under federal law as a Schedule I drug. This means it is highly addictive while providing little to no medicinal value, even though we just presented studies that claim otherwise.

While THC is illegal under federal provisions, a bill called the Rohrabacher-Farr Act was signed into law in 2014. It essentially states that the DEA cannot interfere in matters regarding cannabis laws at the state level. For this reason, you have to refer to the laws governing your respective state of residence.

When discussing CBD legality earlier, we brought up the difference between hemp-derived CBD and marijuana-derived CBD. The laws regarding the latter essentially pertain to THC since the marijuana plant contains far higher concentrations of the psychoactive compound.

State laws differ drastically. Even in states where medical and/or recreational use is permitted, there may be specific laws regarding the amount you can possess. For growers, there are additional measures regarding the number of plants you can keep in the home or transport from one location to another.

Let’s review CBD and THC, so you can see how they are similar and the areas where they differ.

CBD and THC have some overlapping benefits. Separate studies show, for example, that both may suppress pro-inflammatory cytokines and reduce pain. Both also aid in various sleep disorders.

Effects on the Endocannabinoid System

CBD Versus THC: Know the Difference Before Your First Cannabis Use

Most CBD products available in health stores and e-stores come from hemp. This is the case with our personal CBD supplier recommendations at our “Where to Buy” page. If you choose to experiment with THC, then you have to look up your state law. If your state permits recreational use, then you can acquire THC products at local dispensaries.