Get Instant Access
Home » Blog » Hemp As Medicine » Medical Cannabis: Everything You Need to Know About Its Use and Legality

Medical Cannabis: Everything You Need to Know About Its Use and Legality 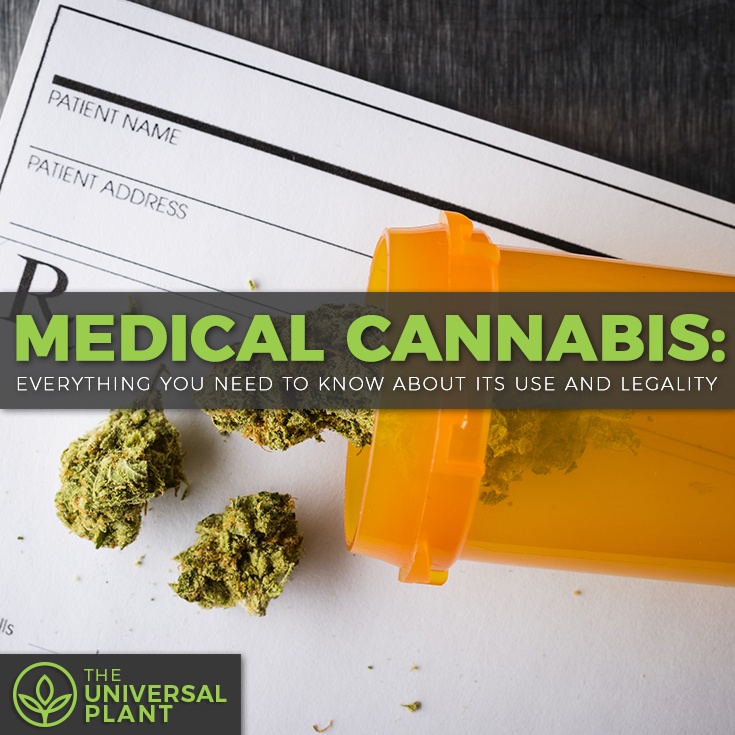 Medical cannabis may not necessarily be identical to cannabis for recreational use. Are you exploring the efficacy of marijuana for medicinal purposes? We’ll explain the scientifically verified benefits for treating various ailments. The potential applications range from alleviating muscle pain to reducing epileptic seizures. We’ll also explain the laws regarding medical cannabis use; grey areas do abound regarding federal and state laws. Rest assured, though, you will not be left scratching your head after we lay out everything in detail.

What Is Medical Cannabis?

The name is pretty self-explanatory: this is any form of marijuana extract doctors recommend for treating a number of maladies. There is, however, no uniform definition of what constitutes medical cannabis. Each state has its respective definition. Even within a state, the definition may change depending on the purpose of use.

Essentially, users obtain medical cannabis through a doctor recommendation, which we explain in further detail below. The FDA, though, currently does not officially recognize marijuana as a medicine. This is very unfortunate and even more puzzling considering that numerous scientific studies exist.

What About Recreational Cannabis?

As far as recreational cannabis goes, this just refers to cannabis use without medical justification. Recreational users may use a product like CBD hemp oil as a relaxant. Even if it’s not legal, some users may smoke cannabis with above legal-limit THC levels (over 0.3%) for its psychoactive effects. Recreational use, though, should not become a code word for “getting high.” This perpetuates misconceptions about cannabis and its ever-growing number of users.

What Can You Use Medical Cannabis For?

Medical cannabis has been proven effective for treating a number of ailments. Here are a few instances along with the scientific literature to back it up:

Cannabis as an Alternative to Opioids

The opioid crisis has cost the federal government roughly $702 billion, according to a report by the American Action Forum. Furthermore, an estimated 919,400 Americans are also out of the workforce due to opioid addiction. The National Institute on Drug Abuse also lists the number of deaths from opioid overdose at 35,000 in 2015.

President Donald Trump has included a $2.8 billion funding as part of a $1.3 trillion spending bill to combat the opioid epidemic. The funding, however, does not appear to include cannabis research. This is unfortunate because increasing medical literature suggests that cannabis may help people wane off the addiction.

A study at the University of New Mexico revealed that subjects with an existing opioid addiction were able to curtail use when given a cannabis extract. Patients use opioids in the first place to treat pain. Medical cannabis, as mentioned earlier, is a proven pain reliever.

Federal law defines cannabis and any form of its extract as a controlled substance. However, the Rohrabacher-Farr amendment of 2014 permits states to pass their own cannabis laws without fear of federal intrusion.

Can you legally obtain medical cannabis for treating ailment X or Y? That depends on your state law. You can ask any other similar question regarding medical cannabis’ legality, and you will arrive at the same answer.

Visit ProCon.org for a list of all 29 states and their specific laws regarding medical use and possession limits.

Do You Need a Prescription for Medical Cannabis?

Here’s the lowdown regarding medical cannabis prescription: they don’t exist in any state. You can’t get them from a doctor or elsewhere. You may have heard the term “marijuana prescription” or a similar term thrown around. This is due to cannabis’ association with medicine. However, there is simply no such thing. Doctors that write up a marijuana prescription are breaching federal law and risk losing their medical license.

There is, however, a marijuana recommendation. In the aforementioned 29 states, doctors can issue recommendations. This is a statement from a physician expressing a professional opinion that medical cannabis may be beneficial for the patient.

That definition may sound near identical to a prescription. However, the difference is not in the name only. Whereas a traditional prescription outlines a specific dosage and limit, a recommendation does not. A supplier or dispensary can supply you with medical cannabis in any amount within state possession limits.

The majority of Americans are for marijuana legalization. If not for recreational use, then definitely for medical purposes. The studies back up what many advocates have known all along.

We are not suggesting in any way that medical cannabis is a cure-all for every ailment under the sun. We believe the best path to healthy living involves exercise, dieting, and natural supplementation. Products like Floracil50 promote gut health, which in turn influences hormonal, brain, and neuronal health. Likewise, a supplement like Cortigon may provide reprieve from day-to-day stress. What we’re suggesting is that medical cannabis should be a part of a bigger path to vibrant health and longevity.