What Is CBD Weed? Dispelling the Stereotypical Misconceptions 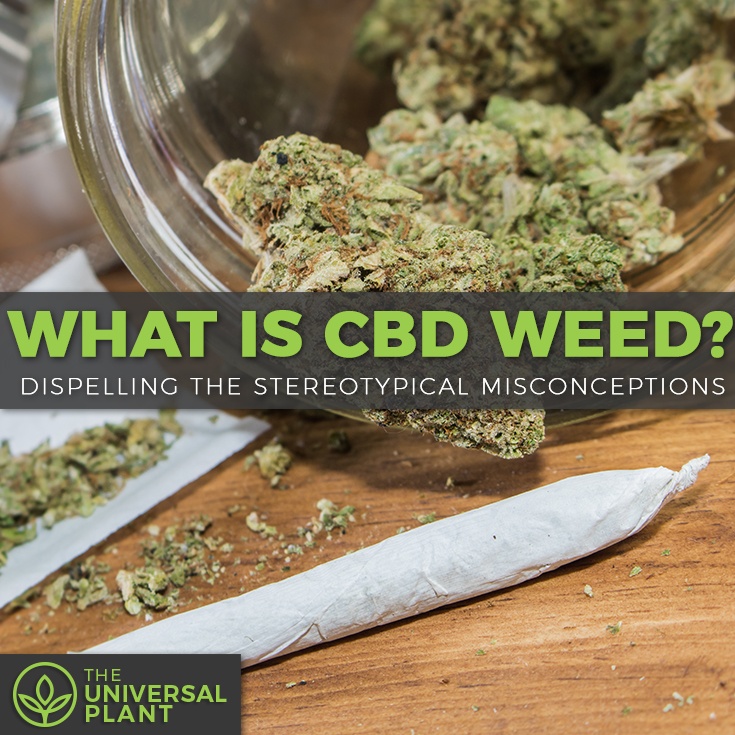 When the word “weed” comes to mind, one can’t help but think about the stereotypical stoner in a tie-dye shirt. Weed has been associated with smoking joints and getting high. Yes, some people do exploit weed solely for the purpose of getting high. However, CBD weed has far more applications than just getting stoned at your friend’s basement. We’ll explain everything about weed so you know exactly what it is and isn’t.

Weed is just a colloquial term for marijuana, which itself is just a common word for cannabis. “Weed” just happens to be the term that’s in vogue at the moment. Heck, there’s even a popular cable TV show named after it.

In short, “weed,” “marijuana,” and “cannabis” all entail the same thing. Other terms like “pot,” “bud,” and “grass” also all mean the same. That is, a plant species renowned for its rich cannabinoids and documented health benefits. If you want to be really technical and specific, marijuana actually refers to the dried flowers and buds of the cannabis plant. Weed, then, also takes on this definition. All the aforementioned terms, though, are more or less interchangeable.

Befuddlingly, weed is also considered a controlled substance according to federal law. See our past post regarding the legality of cannabis. It’s unnecessarily complex thanks to inept lawmakers on all sides of the political spectrum.

Because of the laws and the stoner stereotypes, weed has been unfairly stigmatized. We believe this is harmful as it prevents everyday people who may benefit from giving it a try.

To really understand weed, you need to understand the cannabinoids that comprise the plants. There are about 80 variations of these chemical compounds in weed, though you really only need to be familiar with two of them: CBD and THC.

Tetrahydrocannabinol (THC) is the cannabinoid compound largely responsible for weed’s aforementioned reputation. This is the psychoactive compound that many recreational users seek after. This is the component that makes you high. It does have a few benefits (and side effects), but THC more or less is universally known for its psychoactive effects.

What About CBD Weed?

The bulk of benefits in weed is mostly attributed to the cannabinoid CBD, or cannabidiol. CBD weed just refers to a cannabis strain rich in CBD. It may or may not have other cannabinoids like THC.

CBD is highly beneficial and well documented for its numerous health benefits. It’s actually a shame that weed is far more well known for its psychoactive THC and not CBD. If CBD’s reputation was more widespread, uninformed lawmakers probably wouldn’t be so quick to criminalize its use.

CBD content is especially high in the cannabis sativa strain. The strain’s fibrous part is known as hemp and is the primary source of CBD in most cannabidiol products. Hemp is especially popular because it has very low THC content, thus making it legal for use in most states.

Visit our post on the benefits of CBD for a detailed overview on the health goodies associated with CBD use.

For a quick overview, CBD is good for the following:

Are Hemp and Weed the Same?

To be precise, hemp and weed are not the same thing, though they come from the same mother source. As mentioned, weed – if you want to be specific – is the flower and buds of the cannabis. Depending on the strain, the CBD and THC content may vary. Hemp, however, comes from the fiber part of the cannabis with high CBD and little THC. The latter content is well below the 0.3% limit, hence why industrial hemp is widely permitted in some states.

The Forms of CBD Weed Extract

When one thinks of weed, one often thinks of a homemade rolled up joint. Weed extract comes in many forms and can also be administered in a number of ways. CBD weed may come in the form of edible oils that you can put on your food as a condiment. It may also be in the form of a rub-on cream or as a dab that you can vape. CBD weed extract may also be in supplement form, in which it comes in easy-to-swallow pills or capsules.

Even people who do choose to smoke weed may not necessarily do so to get high. They may smoke THC-free CBD weed just for the aforementioned benefits.

Remember, weed is just another term for marijuana. It encompasses much more than just a smokable joint. The CBD oil you put in your homemade brownies or the CBD dab you put in your vape pen all constitute weed extracts.

Where to Buy CBD Weed

We never recommend buying CBD weed in the back of an alley from a dealer who is a friend of a friend. You have no idea about the potency, THC concentrations, or the possible presence of harmful residues. Only buy from a trusted manufacturer. Refer to our Where to Buy section for vetted suppliers. Here, you will find various forms of CBD products, from hemp oils to yummy CBD gummies.